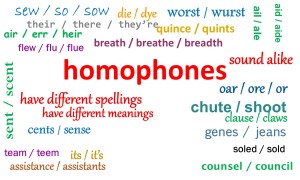 I was talking on LinkedIn recently with Tom Dietzler,  who wondered if I could help with two words — homophones — that he kept getting mixed up. Of course, he’s in great company; a lot of writers confuse these two.

What’s funny is that Tom and I had both learned the same way of remembering one of the words — and I’ll bet you did, too — and although as kids we found it useful, it was far from being a complete definition.

The word was principal. Tom and I both learned that the guy in elementary school in the office (back then it was largely guys, right?) was our pal: the principal.

Does this sound familiar? And did you then decide, based on that definition, the word applied only to school personnel? Or only to people?

Yeah. So did I and so did Tom, who proceeded to use principle everywhere else because of that memory, not knowing the definition he had learned was incomplete.

So to help others who look at both words, throw up their hands and blindly choose one, here’s what principal actually means. It takes two forms:

1. A principal ingredient in bread is flour.

2. A principal objective for the course is mastery of English.

3. A principal conference for business professionals this year will be the #NLVDenver, February 22–23, 2018, dreamed up this past year by Sarah Elkins.

Noun: Someone or something that holds the highest rank; also a sum of money.

So, if those definitions don’t fit the sentence you’re writing — use principle, which means:

1. A fundamental truth or proposition that serves as the foundation for a system of belief or behavior or for a chain of reasoning: “the basic principles of Christianity”

2. A fundamental source or basis of something: “the first principle of all things was water”

And just so you all know: That guy in the corner office was NOT my pal, not back then anyway. I was something of a brat and a wild child, with few filters on my mouth. That doesn’t always play well even in today’s environment; in the ’50s, with all of us girls supposed to have been “little ladies,” it REALLY didn’t play well.