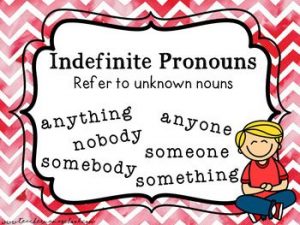 Regarding indefinite pronouns, one of my connections (Ranjith Abraham) sent me this note: “I was reading an article and came across inconsistent usage of anybody, anyone, somebody, someone.” Would you please address the differences (if any) among them?”

But in any language there are words that are difficult, and in English, there are a few types that can be hard to learn:

Homographs: Two or more words with the same spelling but a different sound and meaning (wind blowing / wind up a clock).

Homonyms: Two or more words with the same sound and spelling but a different meaning, such as a quail (a bird) and to quail (to cower).

Homophones: Two or more words with the same sound but a different spelling and meaning (hear and here).

Our words today come from still another category, words that can be written in solid form OR as two words, depending on their meaning.

Anybody / Anyone / Somebody / Someone: These are indefinite pronouns that refer to an unspecified person, and they are the most common form of writing these words. (When I went into the room, I did not see anybody / anyone that I knew. Somebody / someone should have told me about that.)

Any body: This is a noun phrase referring to an arbitrary, physical body. (The game wardens were not looking for just any body; they needed to find the body of the slain elephant.)

Any one / Some one: These are adjective phrases that refer to any single member of a group of either people or things. Any one and some one are commonly followed by the preposition of. (Any one of us could make that mistake! We know that some one of the new computers has a glitch, but we’re not sure which one.)

Some body: The word some, in this case, can mean “a few,”

The coroner found some body bags in his van.

Or it can just be a descriptive word:

There must be some body of water nearby; I can see seagulls in the air.

BONUS: Thanks to Martin Wright: Nowhere Man by the Beatles 1966

Share on FacebookShare on TwitterShare on Linkedin
anybody, anyone, somebody, someone