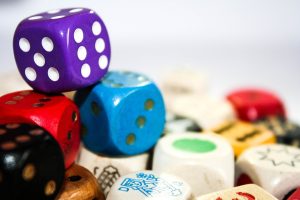 It’s a Numbers Game! A good buddy, Jim Saelzler, wrote to me recently asking about using numbers as the first “word” in a sentence and asking if we should follow them with a capitalized word. He wondered if anything had changed since he had learned to write that way.

For what it’s worth – and, remember, I’m only ONE person – I don’t know why or how anyone ever taught him that we capitalize a word following any figure that’s the first word in a sentence unless it’s a proper noun.

Jim’s example was this:

Hmmmm. No. Not that I ever learned or can support, having checked numerous resources, both online and in the two style guides I use most frequently, The Gregg Reference Manual, and The Chicago Manual of Style. (Remember, we’re talking about a sentence, not a title or headline.) Usually, in professional writing, we don’t start a sentence with a figure, unless it’s a calendar year, and then we always do.

✔︎ YES: One hundred and one Dalmatians were in the yard.

✔︎ YES: One hundred and one dogs were in the yard.

A few online style guides say that when the number is over 1,000, though, we can use the figure as the first word, but I don’t like it that way. I’d rather rewrite the sentence.

My suggestion – which works in this limited case, although it disagrees with the infographic that Schelley Cassidy (DocChic) showed us recently – is to start with words like “There were.”  This allows the number to still be written as a figure and not be the first word of the sentence.

As with almost everything else, language and the rules for handling it evolve over time. And while some of the rules that still exist don’t make a lot of sense (more on them in another post), we’re wise to at least know what they are before we decide to break them.

Do you have a question about using numbers outside of scientific or other specialty areas?