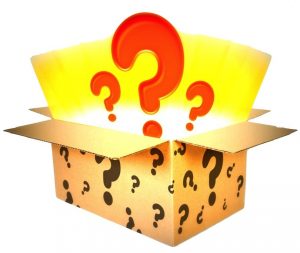 I know that in the beginning of humankind, early humans didn’t have words for things, at least not words they uttered out loud to exchange an idea with another human. I can’t even imagine how long it took for the first humans to not only think up the idea of words, but to create them and use them, and then share that idea and get the buy-in from others.

And then to spread the word — so to speak.

In our current incredibly fast-paced world of today, though, words are everywhere and they spread like wildfire. But even so, occasionally we run into one or more words that we never even imagined and and never heard of.

I love getting the Merriam-Webster Word of the Day email because I learn about words I don’t often see — like the first two below, that I’ve NEVER seen before, even though self-own is apparently very trendy and being used everywhere (except where I am, I guess):

1. Boustrophedon: The writing of alternate lines in opposite directions, one line from left to right and the next from right to left.

2. Self-own: To confidently blunder into a self-defeating backfire, usually because you’ve unwittingly revealed something embarrassing or incriminating about yourself.

The next two come from an article in a magazine I also love called New England Home. Had to look both of them up. Never saw them anywhere before!

3. Brise-soleil: An architectural feature of a building that reduces heat gain within that building by deflecting sunlight

4. Encaustic: Term for using pigments mixed with hot wax that are burned in as an inlay (especially in painting and ceramics)

The next several are from a crossword puzzle — it was a tough one!

7. Prosodist: Expert at meter and verse

Floccinaucinihilipilification — Its ironic definition? The estimation of something as valueless (encountered mainly as an example of one of the longest words in the English language).

OK, seriously. Are any of them familiar to you? Do you feel any smarter for knowing them?