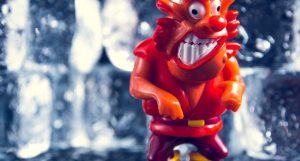 Because I’m an editor / copyeditor, I see typos everywhere — and I know many of you do as well.

We can’t know if the writer doesn’t know a rule or is trying to proof his or her own stuff (something most of us struggle with) and missing some details. What we do know is that even small errors can make a writer look careless. And who wants that?

So to help you see what I see, here’s a little quiz to see what errors you find in each of the following sentences. Every sentence, except one, has at least one goof in it.

Always remember: The rules here are for American grammar. Your version may be different.

Let’s see how you did. The original errors are in BOLD, with the correction coming after them.

So, how did you do? Got questions?