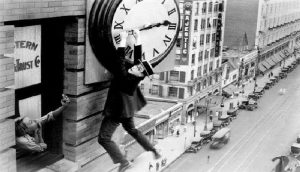 I am a spunky old boomer broad still hanging on by my fingernails!

A few months ago, I wrote about labeling people and then seeing them more narrowly — read it here — and it got a few nice comments. I labeled myself a Spunky Old Broad, which actually fits pretty well. And over the intervening months, I’ve written about a bunch of things, mostly communication skills (American grammar, business writing), but until this morning when I read a few posts from LI friends and colleagues, I hadn’t considered returning to the theme.

Social media is a wild and wonderful place, full of fascinating people from all over this small planet of ours. But it’s becoming a little clearer to me — and perhaps to some of my contemporaries — that it’s a fast-moving and sometimes difficult game to keep up with!

In April 2016, I will celebrate another milestone birthday, which I will not name, but it’s rather terrifying in its own way. When we’re in our 20s, 30s, or 40s, we rarely look ahead to see what older might mean for us. If we’re smart, we live fully in the moment, knowing that life as we know it could end at any moment. We don’t often contemplate what it means to be older . . . until we are. Until we’re outside the smart store, looking through the glass at activities that we are struggling to understand, keep up with, and use correctly!

Not physical ones, although those play their part, but here I’m talking about technological ones. For many boomers, technology was transistor radios, TVs that we had to change by getting up off the couch to physically move a dial (!!!), and telephones that had live operators saying, “Number, please.”

Yes, we’ve moved on from all those, but the world is moving even faster, every second of every day, and change is constant! Cell phones last maybe a year, then everyone wants a new one. TVs are the size of small elephants, and there’s never one big enough, cool enough, or techie enough for some. Social media has more ways to connect than ever, but how is it possible to do it all?

Marietta Gentles Crawford, CPRW got me going this morning with her most-excellent post — read it here! — on using Twitter for your personal brand. Now the title sounds easy enough, right? And I always read her posts, most of which I understand (or at least I think I do). But then I began reading. Hoo boy! I know I’m probably overreacting, but it sounds like a lot of things I need to do that I’m not doing and although it doesn’t sound terribly difficult — it actually does. I do use Twitter, sort of. But honestly, I’m not sure I totally get the “how” of what she wrote about, although I’m sure most of my readers will when they read it. And I know I need to up my game, but . . . ?

Then I read John White’s very surprising and heart-felt post — read it here! — on what we don’t usually post on social media. That one really hit a nerve! I could relate to so much of the feelings surrounding the points he made, and I’m sure you will be able to as well.

So finally I went looking for some comfort, which I so often find with Sarah Elkins. The headline was a little scary — read it here! — but it ended up being exactly what I needed to read this morning. Sarah writes from the heart, and I really needed that to bring me down off the cliff I felt I was hanging from.

But with all this trauma, this Spunky Old Boomer Broad is gonna keep hanging on, at least for now. Even if I don’t know all about Twitter / LI / Instagram / all the others — I can still enjoy posting articles on communication and American grammar, and hope that I’m helping a few folks along the way. And I do love seeing what everyone else is posting; it’s like getting a semester abroad at college!

I’m happy to be a Spunky Old Broad.
I just don’t want to be irrelevant.