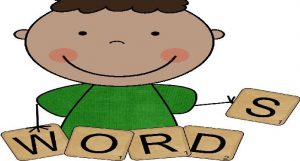 English is a weird language. I can’t speak for any other one, but we often have words with the same letters in them, but sometimes the words are really two separate words and sometimes they’re just one solid word.

As a basic rule of thumb, if you’re using words like those shown below as a VERB (an action word or one that describes a state of being), it’ll probably be two separate words.

If you’re using the word as a NOUN (a word that names a person, place, thing, or idea), it’ll probably be a single word.

Here are some of the common ones I keep seeing in blog posts, with the verb form written first.

I hope this helps, and if you’re not sure about anything like this, find someone to look over your post(s).

Are there any others that come to mind? Help us all learn!

For more on these or any English word, go to www.YourDictionary.com, a terrific resource that shows words and their definitions in several dictionaries.

Share on FacebookShare on TwitterShare on Linkedin
words not hyphenated, words that are hyphenated