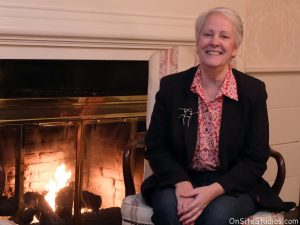 What milestones have you seen and celebrated?

Did you know that February is Spunky Old Broads month? I hadn’t until two years ago when a friend — Claire LeSage — told me about it. I wrote a post on it — Spunky Old Broads — but that one wasn’t about aging. This one is, and it’s on my mind because my mother turned 100 February 7, 2017.

Think about that: 100! And while we might gripe about growing older, let’s always remember that aging is a privilege denied to far too many.

What’s the first milestone you remember? A birthday? What memories does that conjure up? Who celebrated with you?

Do you remember when you could boast you were four AND A HALF? That was just so cool! Not quite five, but way better than being just four, right? Do you have any pictures of standing behind a birthday cake as a little kid, with a huge grin on your face because it was all about YOU?

For Jewish kids, 13 is a tremendous milestone, as it’s the age Jewish children become adults (a Bar Mitzvah for a boy and a Bat Mitzvah for a girl) in the eyes of the religious community. The child, who has learned Hebrew in Hebrew school, reads a passage from the Torah (the sacred scroll) as part of the celebration, then begins to realize that early childhood has gone. In its place is that time of “neither:” neither a child nor an adult.

Many Latin cultures celebrate a girl’s 15th birthday with a Quinceanera, a coming of age, although not all of them are called that exact name (see more here). The purpose is similar, however, marking a girl’s transition from childhood to womanhood.

In the U.S., 16 is also a major milestone for many, as it’s the age most states allow kids to get a driver’s license and legally drive a car. At 18, many can legally drink and some can vote; at 21 everyone can legally vote.

Then reality hits. We are so often done with milestones after 21, because turning 30 — the first big one we might not be looking forward to — comes up fast and hard. Oh boy. How can we possibly be 30? Weren’t we just 16 last week?

All of those milestones made us who we are today. Each set us on a path we couldn’t have seen clearly then, even if we had mapped it out, debated the pros and cons of action plans,or created a timeline of dates for accomplishments.

But here we are, and with luck, we will celebrate many more milestones in the coming years.

What do you remember as a standout milestone? What shaped you most clearly to become who you are today?

Share on FacebookShare on TwitterShare on Linkedin
Aging, birthdays, growing up, milestones