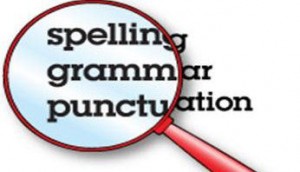 English is a funny language, as so many of us have proven in our writing. And it changes from country to country: Punctuation rules, spelling, and usage are all different depending on where we live and which version of English we (choose to) follow.

I am an American, so I (mostly) follow our punctuation system, including how to handle quotation marks. Does our system make sense? No, not when we’re using quotation marks with commas and periods, and especially not when quoting a single word at the end of a sentence.

But. The American rules are what they are, and I think it’s important to know — just in case. (I have quoted several words in the examples purely to show how to use the quotation marks. The words don’t always have to be quoted.)

Rule #1:   Always place periods and commas inside / in front of / before the final quotation mark(s), even if you’re only quoting the last word(s) of a sentence.

“I made the phone call,” replied Linda.
Victor called Jack a “geek.”

Rule #2:   Always place colons and semicolons outside / after / behind the final quotation mark(s).

These are my “comfort foods”: ice cream and chocolate.
I think with my “gut”; Jean uses her head.

Rule #3:   Place question marks or exclamation points inside or outside, depending on how the quoted material was said. If the quoted words were said with special emphasis, place the ? or ! inside / before the final quotation mark(s). If they were not, place the ? or ! outside / after.

Rule #4:   Always place single quotation marks within doubles. Do not use singles alone. And if you’re quoting a word at the end of a quote, leave a space between the final single quote mark and the double – as shown below.

So for my friends and colleagues who use a different system, at least now you know some of the differences in using quotation marks.