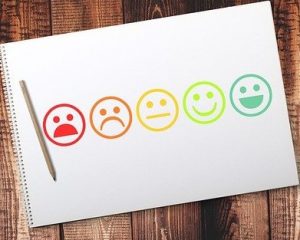 As Mark Deterding wrote in his recent excellent article, Mistakes Happen – 5 Steps to Lift People Up When They Make One, stuff happens. No one is perfect, yet sometimes we compound the problem by putting someone down rather than lifting them up and giving them hope for the future. Mark’s tips are great, and I’m going to add to his ideas by showing how the words we use can make such a difference in the outcomes.

What is wrong there?

1. Focuses solely on the past.

So much focus on what happened is counterproductive. Yes, we need to address it, but our focus is better used for the future, where we can make a difference. No one can go back and change something; we can only take what we learned and apply it in the future. To belabor the point is to make the other person cringe, which is singularly unhelpful.

2. Uses highly critical language, including “should have” and “you.”

“Shoulding” all over others is nasty. It puts them down; it doesn’t lift them up. It doesn’t allow them to believe that the speaker sees them as worthwhile. It belittles them, and that’s not a recipe for success.

And the word you is almost like stabbing a finger into someone’s eye. It’s intense and highly accusatory. There’s no sense that anyone else might have or could have helped along the way; it’s all about the other person’s failure. Talk about feeling hung out to dry!

3. Uses “but,” which erases anything positive.

What do I mean by that?

“I love that jacket you’re wearing, but …”
“What you said earlier was great, but …”

What did we instantly believe?

She hated the jacket.
He did NOT think what we said was great.

And even if that ends up not being the case, it’s still what we first thought.

The word but has caused more conversations to fail and strained more relationships than nearly any other word because it sends a mixed message. It erases all the goodwill from the first few words, and it is usually followed by something negative that we think is the REAL truth.

So what’s the cure, you ask?

It’s simple, but not easy.

Change but to and.

(No, you may NOT use however; it’s nothing more than a bigger but.)

But by using and when we mean to praise and still suggest a change, others will actually listen to our messages, and they’ll see us as a positive influence. They may not realize what changed, but they’ll likely be happier asking for our opinion or listening to feedback when necessary.

So how do we change the narrative here?

As Susan Scott says in Fierce Conversations, “The person who can most accurately describe reality without laying blame will emerge as the leader.”

To do that, we could:

1. Focus on the future, on solutions.
2. Use positive and inclusive language.
3. Replace but with and.
4. Use “Like Best” and “Next Time.”

Those two phrases in #4 put the conversation where it belongs: talking about what we did right and what we can do even better going forward.

So, thinking about all that, the paragraph at the top could be something like this:

“You know, Susan, we talked about the report a couple of weeks ago, and I wish you had come to me or my associate, Fran, before today. Looking the report over, I can see that it’s very well done, and although it’s late, it’s clear you put a lot of time and effort into it.

How about next time when you have a project like this, we sit down and go over all your questions to help us keep to the schedule. That way, we can keep everything on track and be finished on time.”

And while not every conversation can be structured that way, many could be … if we decide that it’s the way to offer a reality check AND help the other person believe that changes are possible.

Then we’d be seen as a coach – not a critic.

All in all, language has the power to push us down … or lift us up. As the old saying goes – a rising tide lifts all boats – we all benefit from a rising tide of kindness.