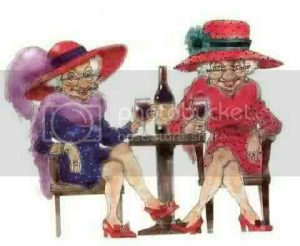 Did you know that February is “Spunky Old Broads” month? I sure didn’t, but according to Claire LeSage, it is! And when I read her short piece, I laughed. I loved the vision I had of her mother, and all the other women I know that I could also call “spunky old broads” including me. And Claire.

And yet that term – Spunky Old Broad – got me thinking. While I’m old enough to see the humor in it, it’s still a label.

And labels can be so limiting.

This is something I have been teaching in my Communication Skills workshops for nearly 20 years: Language matters. Labels matter.

How many of us had labels for our kids? Not necessarily negative ones, but labels just the same. We might have called one our “shy” child, another one our “bright” child, and even one who was “momma’s little helper.” The labels, which gave us a shorthand way of describing our kids, were not meant as criticism; many times they were meant as endearments!

But. The words we use to describe something or someone become our reality, and they have consequences, intended or not.

Even positive labels can cause harm. How many “bright” kids struggled to live up to that label? How many felt they were not good enough, that the prize was always just out of reach, that their perceived abilities should have given them even more success more easily? After all, they were the “BRIGHT” ones! Everyone told them so!

Negative labels can have even worse consequences; studies have shown that kids routinely seen as dumb, do-nothings, or useless often don’t even try to succeed because they’re persuaded from their earliest days that it won’t matter. They often live “down” to their label.

Even neutral labels like “shy” or “quiet” can become self-fulfilling prophecies. “Shy” kids may understand what isn’t being said: you don’t need to speak because you’re shy. So they may grow up without finding their voice.

Obviously, any one of us may have pushed against those labels and found our way beyond them. But for many, it becomes central to who they are or how they see themselves.

Bottom line: When we label ourselves or others, we narrow our perception and limit our ability to see the whole person. And what a shame that is. We are all complex human beings who are both good and bad, bright and dumb, nice and naughty.

1. Look back at your own life. What words did your parents / teachers / friends use to describe you? What was accurate? Not true? What did you take with you into adulthood?

2. When you say or think of someone with a label, hear it. See it. Question it. Is it accurate for the whole person? Isn’t she far more than that word you just used?

3. Make it a habit to talk with people — deeply — if you can. What are they really like? If you aren’t face-to-face friends, read their blogs here on LinkedIn or on their Web site. There’s so much more to the writers than we might easily know.

Yes, I am a Spunky Old Broad — sometimes. But not always. And that’s the point.