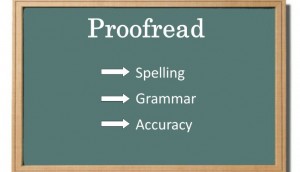 There are two online tools I am grateful for: spellcheck and grammar check.

Since I cannot spell for beans, spellcheck is a life- and reputation-saver. Even though I’m an editor and a corporate trainer who teaches American grammar, which includes word usage (duh), before the advent of spellcheck I often missed misspelled words as I proofed my own work if they just looked “right.”

Now, at least, most word processing and publishing platforms have a version of spellcheck, which has saved many of us countless hours of proofreading, at least in terms of finding one or more misspelled words that we just didn’t see.

But what about those words that ARE correctly spelled but misused? Who will help us then?

A grammar checker, you yell out! Grammarly!

OK, a grammar checker such as Grammarly, which most of us have heard of and many use, can help. But let’s get right to it, folks: a grammar checker is limited in what it can do. And it may not give you the best advice, so you shouldn’t blindly trust it. (See the two bonus articles below.)

A grammar checker cannot ask you questions about the intent of your work, your intended and expected audience, and why you’re choosing one word over another. It may not flag a word such as “alleged,” even if it’s used incorrectly as it was in a recent blog post I read. For some reason, the author thought it meant guilty, but it doesn’t. To her, “the alleged suspect” apparently was a guilty person, without even having gone through an interview or a trial or anything. And she wrote her piece based on that premise. And there were more than a few comments mentioning that …

It pays to know what words really mean.

But is Grammarly (ore perhaps one of the other grammar checkers) better then nothing? YES. Absolutely.

Is the won built into Word better then nothing? Nope. Or the one built into LI’s platform?

And if you read the last two paragraphs carefully, you’ll see three typos, none of which Word or LI picked up.

Oh, the one in Word? Well, if it’ll stop starting each line with a capitalized word when it’s still in the middle of a sentence and the word is NOT a proper noun … then maybe I’ll see some value in it.

Why am I bringing this up? Because a client wondered why his spellcheck hadn’t picked up a truly awful goof … he meant to use public in several places in his article, but a couple of times … yes … he typed pubic. And it went unrecognized.

Why? Because it IS a word. A perfectly good word in the right context. His context? Not so good.

And he trusted spellcheck, which can do only thing: check spelling.

So, here’s my tip for all writers: If you absolutely know that you often write a word you would never mean to use in your articles, check for it.

Ask your program to find the specific word you DON’T want. Don’t just ask for the right one; the wrong one could be hiding out in plain sight.

With pairs like its and it’s, check for both, and look at each in its place to determine if it’s the right its/it’s (I can see your eyes rolling right now). The same thing with their, there, and they’re.

It pays to be vigilant and use all the tools you can to look and sound as smart as you are!

What are YOUR thoughts on using electronic grammar checkers? Is there one you would recommend?