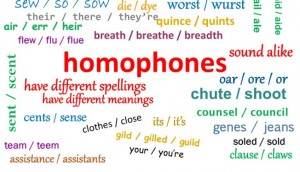 The homophones lea — leaf are among today’s tricky words.

Yes, it’s Tuesday, and that means another edition of the Tuesday Tricksters, words called homophones that sound the same as another one (or nearly so, anyway) but mean something different and are spelled differently.

They make many writers nuts because when we’re writing we may type a word that isn’t the one we meant, and spell check will not help! We need to be vigilent, especially when writing here on LI or any platform that doesn’t have spellcheck, auto correct, or grammar check.

Lee (n.): The side away from the direction from which the wind blows. an area sheltered from the wind: in the lee of the boulder

Li (n.): A Chinese unit of linear measure, equal to about one third of a mile (.52 kilometer)

Leach (v.): To cause a liquid to filter down through some material; to dissolve and be washed away; to empty; to drain: heavy rains that leached the soil of minerals

Leech (n.): Any of various chiefly aquatic carnivorous or bloodsucking annelid worms; one who preys on or clings to another; a parasite; (v.): to drain resources without giving back

Lead (v.): When pronounced “leed,” it means to be up front, to be a leader, to show others what to do; to guide. When it’s pronounced “led,” it changes from being a verb to a noun, and it refers to a heavy, soft, flexible metal. See the next word for more.

Led (v.): This is the word we often misuse because we may think that “lead,” which CAN be pronounced “led,” is what we want. But if we’re writing the past tense of lead (the verb), it has to be spelled led.

Leader (n.): One in front; one who leads or guides

Leaf (n.): A part of a plant or tree attached to the stem or branches; (v.): To produce leaves; put forth foliage: trees just beginning to leaf; to turn pages, as in searching or browsing: leafed through the catalog.

Are any of these new to you? I’d heard of lief, but I couldn’t have defined it without consulting a dictionary if my life had depended on it. And I wasn’t familiar with li or lieder at all.